A lifelong Boston resident Patrick Donovan attended Boston College High School. Patrick graduated from University of Rochester with a degree in political science. After working for a few years in the Massachusetts Statehouse as an aide to House Speaker, Patrick attended Suffolk University Law school. He graduated in 2005 in past the Massachusetts bar on his first attempt. 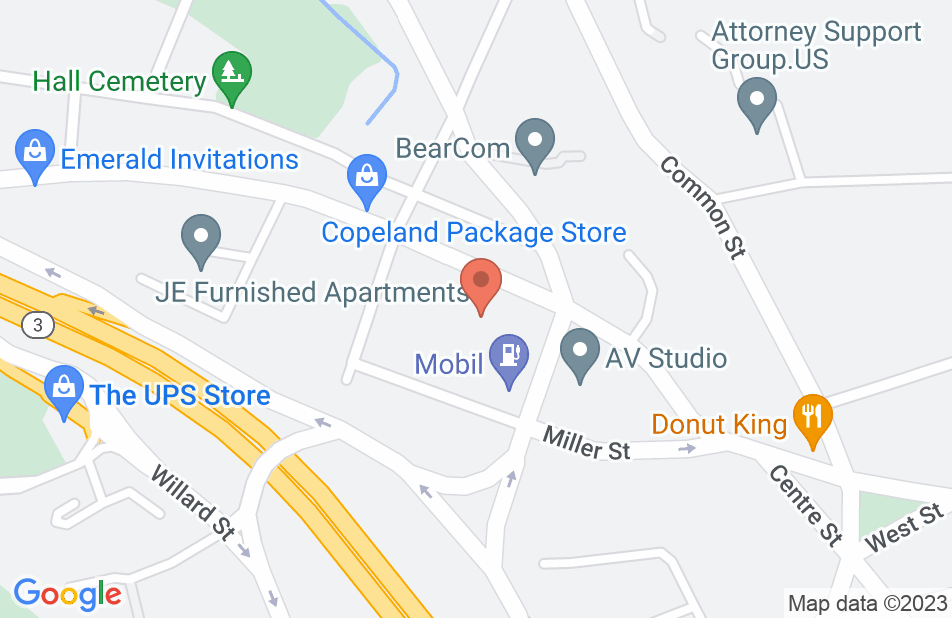 Atty Donovan went out his way to help my son when he had a series of speeding tickets. He responded quickly and with good advice. He gave my son the knowledge he need to deal with the case effectively. Yes, he can be a tiny bit abrupt but he is responsive, knowledgeable and will go the extra mile for you.
This review is from a potential client who consulted with this attorney.
Consulted attorney

Violation of an Abuse Prevention Order

I was charged with violating restraining order that required I should not abuse my wife. My wife called the police and told them I was not letting her in the bedroom and that I pushed her and tried to have unwanted sex with her. Case was tried before a judge and the judge found the client NOT GUILTY.
This review is from a person who hired this attorney.
Hired attorney

Good afternoon, I hired Patrick to represent me for a moving violation infraction in Barnstable MA. I was pulled over by Massachusetts State Police with lidar doing 79 mph in a 55 mph zone. Originally when I first spoke with Patrick prior to appealing my speeding ticket, he provided me with a lot of knowledge and advice on how to successfully appeal my ticket. He directed me on what the first step of the appeal was, as well as the entire appeal process. I had planned on going to the court with Patrick but when the day of the hearing came up, I was unable to make an appearance. Patrick had told me he would really like my presence at the hearing as it greatly increased my odds of winning, however that was not an option in my case. He told me he would try his absolute hardest to appeal the ticket in my favor. I spoke to him shortly after the hearing with the GREAT news! He was successfully able to appeal my ticket. Not only did Patrick save me from having to pay for the speeding ticket, but he also saved me years of insurance increases. I am completely satisfied with Patrick's knowledge, professional skill and customer service. In the future, if I was to ever need a lawyer again I would definitely call Patrick Donovan!
This review is from a person who hired this attorney.
Hired attorney

Attorney Donovan was awesome handling my daughters case. She is a college student and was caught drinking in a bar and used a fake ID! He kept me calm as well as my daughter. He was very professional and explained the process to us. He and my daughter went to court without me, I trusted him enough that I knew my daughter was in great hands! After the hearing I received a call from my relieved daughter that her case was dismissed! 10 minutes later I got a call from Attroney Donovan as well explaining the outcome! We are very grateful for his help in this situation and I have to say he was very affordable for the case he handled! I would highly recommend him!

Patrick was professional, courteous and knowledgeable. He got my criminal case dismissed in a timely manner and I would highly recommend him to anyone.

Patrick Donovan is one of the best lawyers around period. I was arrested for Felony OUI in Cape Cod, scared and overwhelmed I contacted Patrick Donovan. Attorney Donovan made me feel comfortable from our first conversation. Attorney Donovan walked me through the process and possible outcomes which ranged from 15 month in jail and a Felony conviction. Patrick T. Donovan was able to settle my case without a Felony conviction and minimum Jail time. Throughout my case attorney Donovan kept me informed about my case and was always available to answer any questions I had. Attorney Donovan is one of the best lawyers around and was the best choice I made. Thank you Patrick T. Donovan R.G

Attorney Donovan was terrific to work with. My teenage son got himself into a fair amount of trouble and Attorney Donovan's expertise was just what we needed. He communicated every step of the way and told us honestly about each of the potential outcomes--worst case scenario and best case scenario respectively. His patience, advice, and expertise helped us to get the best outcome that we could have hoped for and we are very much appreciative.

Would recommend to anyone and everyone!

I contacted Attorney Donovan shortly after I received a summons for an arraignment. The Commonwealth of Massachusetts had charged me with a serious felony, and misdemeanor which carried lasting consequences. Mr. Donovan discussed a plan of action with me that seemed simple and effective. Mr. Donovan represented me multiple times in court, as the prosecution insisted on continuances. My second appearance in court resulted in the felony charge being dismissed. Mr. Donovan was obviously instrumental in the aforementioned dismissal, pointing out the lack of evidence, the "trumped-up" nature of the charge, etc. By my fourth appearance in court, a restraining order had been filed against me, in relation to the charges. Mr. Donovan fought for a dismissal of the misdemeanor charge, and was ultimately successful. Mr. Donovan then managed to expertly defend me in regards to the temporary restraining order. He questioned the plaintiff, and caught her in multiple lies. He requested that the restraining order not be extended, which the Judge agreed with. Ultimately, I walked away that day with exactly what I wanted, dismissal of all charges I had no criminal involvement in, and no restraining order. Overall, Mr. Donovan is everything I could ask for from an attorney. He provided expert legal defense, excellent advice, and was always available. Whenever I needed to speak with him, I was able to get in touch with him within 5-10 minutes, if not immediately. He maintained a pleasant demeanor and always had a positive attitude. His fee was extremely reasonable, especially given the amount of time and effort my case ended up requiring. I would recommend Patrick Donovan to anyone looking for a criminal defense attorney. Please consider him, you won't be sorry!

Attorney Patrick Donovan is the one you want to go with, without hesitation! From our first meeting, he was prepared and gave me solid advice and SOLID representation. You just know you're in good hands...anytime I had a question for him throughout the process, he was extremely responsive and knowledgeable. I feel I received the best representation possible and I'm very grateful I met Patrick Donovan. In addition to being a defense attorney, he is a former ADA so he knows the court system from both sides which is why I wanted to hire him initially....smart move!

Attorney Donovan handled two cases for my family in a skillful and professional manner. I would recommend Mr. Donovan for any legal cases as he was knowledgeable, honest, and he achieved the best possible outcome for both cases.
See all reviews

(82)
Are you an attorney? Endorse this lawyer

I endorse this lawyer. He is well respected in the community and exudes great confidence in the courtroom. I have referred criminal and traffic violation cases to him on many occasions and will continue to do so based upon his great track record.

Undoubtedly drawing upon his experience as a former prosecutor (back in the day when we were friendly foes in the line of battle), Pat now plays the devil's advocate in seeing both sides of the case. His knowledge of the law, command of the courtroom, imposing demeanor, and an innate ability to quickly adapt, is impressive and comforting to a criminal defendant. Since he "switched over" from prosecuting to defending (becoming one of the good guys ... Lol), I have referred numerous clients to him without ever hearing back a single bad word. Pat therefore receives a ringing endorsement from me.

I highly endorse Mr. Donovan. Truly exceptional and caring attorney who gets great results in representing clients! I want all people with legal problems to contact him first.

I endorse this lawyer for all the hard work that is put into helping clients.

Very talented Criminal Attorney with a passion for the practice of law.

I endorse this lawyer. Pat is a consummate pro. He is well known and respected in all the courts. He knows how to prepare a case, and, importantly, how to try a case when it's necessary. On top of that, he is just a good person. I recommend him highly and without reservation.

Mr. Donovan is an extremely talented attorney who provides great advice. Even though I have been practicing for 24 years and I am a former judge and magistrate, I learn from him every day. I would recommend him to anyone in his area.

David Newton, Divorce and separation Attorney on May 7, 2013
Relationship: Fellow lawyer in community