I did my undergraduate work at the University of Pittsburgh, graduating in 2005. After working for a couple years in a job working with heroin addicts, I decided to go to Law School at the University of Miami School of Law.  Like most people I found law school to be a miserable experience. The one thing I really did enjoy was litigation. There was something about standing up in front of a judge and making an argument that just really appealed to me.
To that end, throughout law school I worked for the Miami Dade State Attorney’s Office, which is the criminal county prosecutor’s office for Miami Dade. I became a Certified Legal Intern for the Miami Dade State Attorney’s Office, trying and winning 9 out of the 10 cases I was assigned, which included DUI charges. I felt I was set in a job I loved, and then the country’s economic collapse cost me (and basically everyone I worked with) our jobs.
I went on a lot of interviews, but I was fairly new to the practice of law and became accustom to being asked “one of the people you are interviewing against has 10 years experience practicing law, why are you a better candidate.” I could only sustain interviewing and not making money for so long, so in 2010 I decided to open up my own firm in New Jersey and Pennsylvania. Starting with nothing I eventually grew my firm to the point of having two offices and having several hundred cases under my belt. I grew my firm by taking the cases that were most plentiful during the recession: Debt Collection cases. Except unlike many who work for debt collectors I saw I chance to stand up for people who were being bullied by a legal system that was alien to them. Eventually a family obligation brought me to Boston where I opened my current firm and practice today.
I still get a kick out of litigation. Now I spend most of my time litigating debt defense, OUI, lighter criminal offenses and bankruptcy. I pride myself on making myself available to my clients. When people call: they talk to ME. Not an assistant, secretary or associate. People call because they want to talk to me, and its my voice they hear when the phone is answered. If you are looking to hire an attorney, call me up.  If you’re unsure what to do and have a question about your case, call me up. I’m here to get clients and make money, but every call is free, it’s a no pressure, no obligation situation and I don’t give people a hard sell.
In my spare time I enjoy exercise, sports and photography. 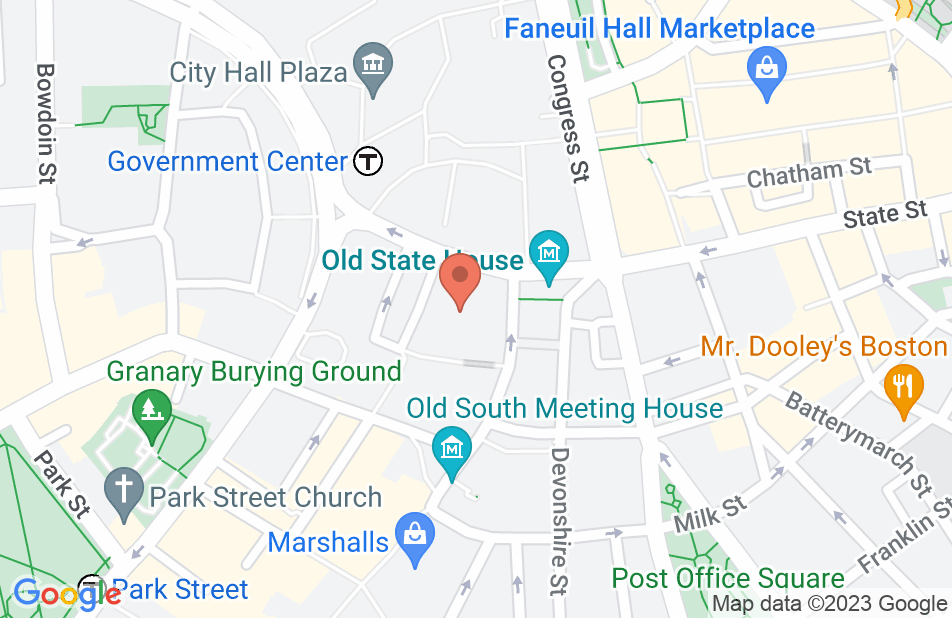 Mr. Mastro is one of the best attorneys that I have worked with. I found his law firm on the internet. He was quick to respond back to my enquiry. I needed a debt collection defense lawyer, since I had been sued. Before contacting Mr. Mastro I tried to answer the complaint on my own. I did a very bad job of it, so this would have definitely led to a summary judgement against me. Fortunately Mr. Mastro’s excellent skill as an attorney and his willingness to write a very lengthy letter to the court. Resulted in them allowing him to submit a second proper answer on my behalf, and which then stopped the summary judgement. Even though the debt collection was by the original creditor. In the end he was able to negotiate a settlement for less than the original debt. And with no judgement gotten on me. If you have a choice of lawyers to hire, you should definitely retain Kyle Mastro as your attorney!
This review is from a person who hired this attorney.
Hired attorney

mr. maestro handled my case very well, he was able to get the lowest sentence possible. He was accessible and covered all the possibilities that the case could produce with sincerity and predictability.
This review is from a person who hired this attorney.
Hired attorney

I hired Kyle because I received a first offence DWI in a school zone. – For the first offense for a DWI in a school zone in NJ, one can be fined between $500 and $800, be imprisoned for up to 60 days and have his or her driver’s license suspended for one to two years. I ended up receiving only 3 months loss of license and $500 in monetary court penalties. I don't know how he did it, but Kyle is AMAZING!!! He was always available for me when I called, he was very caring and kept me informed with great details on my case. I can't thank him enough, especially during a time when my life was out of sorts. In my opinion Kyle went above and beyond. If, I could give him 10 stars I would. I highly recommend Kyle. You will not regret it.
This review is from a person who hired this attorney.
Hired attorney

Kyle gives personalized service in a timely manner. His honesty made an otherwise difficult process very easy to understand. His thorough and prompt communication made me feel very comfortable throughout my entire bankruptcy filing. Kyle was even there to answer questions I had after my filing was completed. I have since recommended him twice and will continue to do so.
This review is from a person who hired this attorney.
Hired attorney

I had an outstanding debt with Citibank, and I hired Kyle to help me work out a settlement with the bank. Kyle was able to work out a deal with Citibank for half of what I owed them, along with a an acceptable monthly payment. He kept me up to date throughout the process. He never made a decision without talking to me first, and then advising me accordingly. I was very happy with his service and I would hire and or consult with him again for any legal issues.
This review is from a person who hired this attorney.
Hired attorney

Kyle proved to be an excellent choice for my DWI case. Not only did he get four other charges dropped but also got me the minimum sentencing for a DWI. Aside from his abilities in the court house, he always made himself available by call or email and would always take the time to talk out any questions or concerns I had. He even made sure that I knew exactly what to do for my IDRC class and that I knew all the steps in the process to getting my license back. All in all I was extremely pleased with the service he provided.
This review is from a person who hired this attorney.
Hired attorney

found Mr. Mastro because of DUI problem I had in Bound Brook with about 4 tickets. since it was short notice, we met right before court. He was able to get 3 of the tickets dismissed. I am very happy with his services and i would use him again. I highly recommend him.
This review is from a person who hired this attorney.
Hired attorney

I had my 2 DUI's and found myself scared and facing jail time. I met with Kyle and he was very frank about my situation while at the same time made feel positive about the different ways that we could face this. He represented me at a hearing and after that, we decided to fight to charges based on certain circumstances. When the trial came he met with the prosecutor and then came back with a plea offer which I accepted. I ended up with a fine, 48 hours IDRC and 2 years loss of license. 14 Months later I was notified in error by the state the I was non-compliant. I called Kyle and sent all the paperwork showing that I was compliant. He handled this for me and got me a continuance at no charge as a favor to me. He is honest and professional and I would highly recommend Kyle to anyone. Thanks Kyle
This review is from a person who hired this attorney.
Hired attorney

You are the best!

The first time we met Kyle I knew he was my kind of lawyer. Kyle was polite, friendly, down to earth and professional. He explained to me and my husband the legal terms in an understandable manner. He was patient answering all our questions and concerns. He returned all my calls and my husband’s calls. I had absolute faith in Kyle’s abilities. He knew the law like the back of his hand. He got one of my cases dismissed; another case of mine he appealed at no charge to me, zero, de nada. Thank you so much Kyle Maestro. You are the best!
This review is from a person who hired this attorney.
Hired attorney

I was extremly satisfied with Mr. Mastro’s service! Last year on Thanksgiving I was pulled over and arrested for a DUI. I researched a couple attorneys, either they were way out of my price range or extremely impersonal. Before then I had never been in trouble with the law. So, I wanted someone I felt extremely comfortable with. The first time I called Mr. Mastro, I left a message and a couple minutes later he returned my call, we spoke and he seamed very down to earth and positive about my situation. We met the next week, and he explained the process thoroughly. After the meeting I felt a little more at ease. After being in court for months waiting for the discovery to be sent to the court, the day came. Before we met with the judge, Mr. Mastro gave me a walk through of what would happen. In the end my case was dismissed! It was all thanks to Mr. Mastro’s expertise. His honesty and positivity always kept me somewhat at ease. I HIGHLY recommend him!!!
This review is from a person who hired this attorney.
Hired attorney
See all reviews

I endorse this lawyer. Kyle is a fellow consumer rights advocate who fights hard to protect his clients from abusive and illegal debt collection practices.

I endorse this lawyer. Great litigator.

I endorse Mr. Mastro as an attorney. His Avvo responses are concise yet informative and shows a depth of his understanding of the law. His reputation proceeds him into the legal community!

Mr. Mastro's responses on Avvo are very insightful and helpful. He has a great understanding of the law. I endorse this lawyer without hesitation

I endorse Kyle. He is a great choice for representation and is highly respected in the legal community.

C. Coulter, Divorce and separation Attorney on Feb 21, 2013
Relationship: Other

I endorse this lawyer. He shows his knowledge by his contributions to this community.

Attorney Mastro is well versed in matters of bankruptcy law. I endorse this attorney.